Plumbing problems?
We got this! 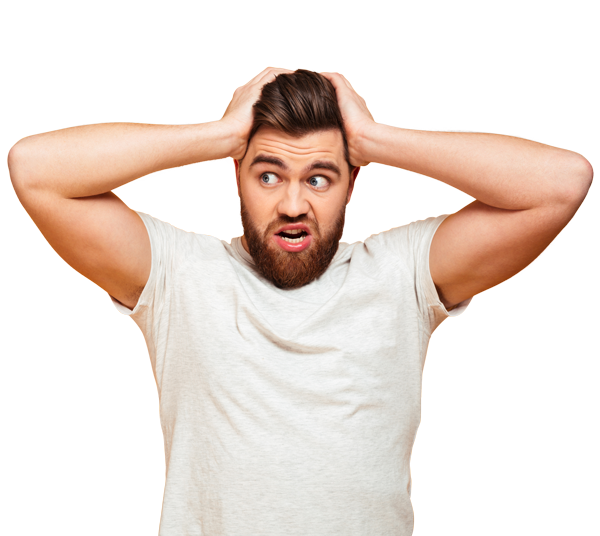 You probably never pay attention to how the water in the toilet drains away. Yet it might be smart to take a look at this from time to time. An early clogged toilet is much easier to solve, as well as cheaper than when the toilet is so clogged that the pot fills up with water or worse, overflows. There’s something wrong at bottom of the drain of the toilet or the sewer piece when:

Instead of using all kinds of chemicals or pieces of wire to unclog the toilet yourself, you’ d rather contact us immediately if the toilet is clogged. As an experienced unclogging company, we know better than anyone how to deal with toilet clogging. If you don’t have any experience with this, there is a chance that you’ll only make the problem worse. If, for example, the blockage is due to an object in the gooseneck of the toilet, you may push it down to the sewer pipe if you poke it. A job that could be done in five minutes may turn into something much bigger indeed.

The causes of a clogged toilet

There could be anything going on that could clog the toilet. It doesn’t even have to be your own fault. When, in the event of sudden heavy rainfall, the street sewers are unable to cope with the sudden amount of water, it can happen that even the drains to low-lying ground flats are filled with water. However, this is a matter for the municipality and there is little you can do about it yourself. Causes of a clogged toilet, on the other hand, that you can control yourself, are:

The better the toilet paper quality, the slower it disintegrates into the water. Generous use of toilet paper, a big number two and trying to flush it with too little water, can lead to annoying blockages. You may not see it the toilet bowl. However, if the amount of water you feed isn’t powerful enough to guide the amounts of toilet paper and faeces through the drain pipe, it will gradually clog up. The same applies to fats and soap residues that are not dissolved with sufficient water.

When do call an unclogging service?

Preferably as soon as possible, when you notice that the toilet or other drain is starting to run more difficult or is completely clogged up. All the thin drains underneath your house, such as those in the washrooms, kitchen and often even the rainwater drains, go to the same sewer pipe. This pipe discharges it into the street sewer. So if for some reason your toilet gets clogged up, it is always wise to get down to work immediately and call us. Even with clogged sewers, prevention is better than to solve it. As a sewage service company, we aren’t just there to unclog your toilet when it stops flowing. We are also there to inspect, clean, maintain, control and, if necessary, replace your sewer system. So don’t hesitate in case of clogging and don’t try to solve the problem yourself. In case of blockages, please contact us directly. We are ready to help you 24 hours a day, 7 days a week for good reason.

What are the costs of unclogging a toilet?

There is no fixed price for unclogging a toilet. After all, we do not know in advance what the reason for the clogging is and how long the job will take. A toilet clog caused by your little one tipping over his Lego box in the bowl and then flushing it out, will take less time than a clogged sewer due to detergent, grease or a persistent obstacle of unsolvable disposable bandages. If you call us with a report of a clogging, we will always ask you if you are familiar with the possible cause of the toilet clogging. Nine times out of ten we can give you a rough estimate of the costs of unclogging the toilet.

Step-by-step plan to unclog a toilet

It works best for the professional when he knows the cause of the toilet clogging. A clogging in the gooseneck of the toilet due to, for example, a toy, will be solved differently than when the clogging is caused by paper and faeces. In general, our professional works according to the following steps.

Looking for an unclogging company?
R

Our experts guarantee that your blockage will be resolved.